Back to South of Scotland
Book Your Holiday
Filter Results
New Search
Click continue to leave 'Ayrshire & the Isle of Arran' and start a new search.
Continue

Gift Vouchers Make the Perfect Present!
Why not treat
a loved one to
the break they
deserve?
BUY NOW!
Home Destinations South of Scotland Ayrshire & the Isle of Arran
List Map

Ayrshire & the Isle of Arran

Ayrshire is a region of rich farmland but it is the magnificent long sandy beaches, famous golf links (such as Turnberry and Royal Troon), sailing opportunities and views to the Isle of Arran and the Mull of Kintyre that attracts tourists. The Isle of Arran in the Firth of Clyde is a popular holiday destination for walkers, climbers (up Goat Fell), cyclists and families seeking a holiday on a sandy beach with great views. 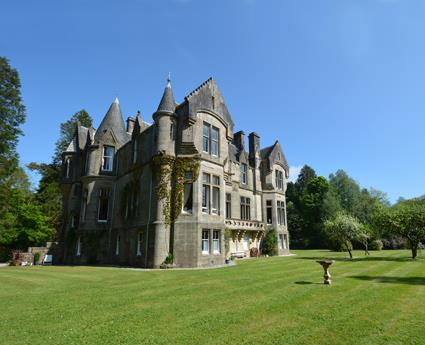 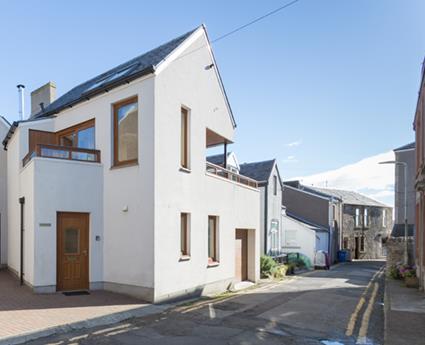 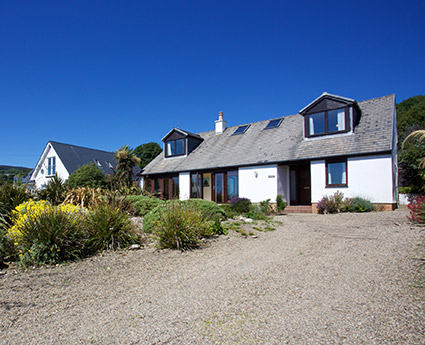 Ayrshire has many country parks with gardens and activities for children, such as Culzean Castle. The area is perhaps more renowned for being the birthplace of Scotland's most famous poet, Robert Burns (1759 to 1796) and there are many visitor attractions that relate to his life and work.

Ayrshire is an area of rolling farmland and is the home of Ayrshire bacon, as well as being where Scotland's greatest poet Robbie Burns lived and worked.

This peaceful island is reached by ferry from the Ayrshire coast, with the 'capital' Brodick being its main town with plenty of walking and cycling all around.

Ayrshire is an area of rolling farmland and is the home of Ayrshire bacon, as well as being where Scotland's greatest poet Robbie Burns lived and worked.

This peaceful island is reached by ferry from the Ayrshire coast, with the 'capital' Brodick being its main town with plenty of walking and cycling all around.

The Area Around Ayr

Ayr was a popular resort for Victorians and many large hotels and houses were built to meet that demand creating a prosperous-looking town. However, with the advent of package holidays abroad, many of these fell into a state of disrepair but most have now been refurbished and the town is regaining its former splendour.

The sandy beaches still attract tourists but many use Ayr as a base to explore the area outside the town where the poet Robert Burns (1759 to 1796) was born and lived for most of his life.

There are a few visitor attractions in Ayr, such as the Auld Brig, built in 1491 and the focus of one of Robert Burns' poems the Twa Brigs (the other bridge was built by Robert Adam in 1787 but later demolished). Another sight is the 17th century Auld Kirk, commissioned by Cromwell, with its 19th century mort-safe used to place over new graves to deter body-snatchers who would sell the bodies to the medical school. Robert Burns was christened here.

St John's Tower, set on the site of Cromwell's Citadel, was part of a church where the Scottish parliament met in 1315 to decide the royal accession after their victory at the Battle of Bannockburn.

Alloway, 3 miles south of the centre of Ayr on the B724, is the birthplace of Robert Burns and the area is entitled Burns Natural Heritage Park with many places of interest to visit within a small area. The most famous is the Burns Cottage and Museum. The cottage is full of Burns' memorabilia and depicts the way ordinary people lived in the late 19th century. 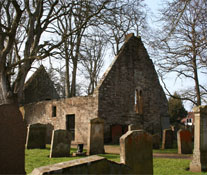 It is a short walk to the Alloway Auld Kirk, one of the settings for his famous poem about Tam o'Shanter, and the Tam o'Shanter Experience where you can see an enactment of the poem on screen and videos of his life. Set beside this is the Burns Monument and Gardens from where you can see the famous 13th century Brig o'Doon. This was the bridge over which Tam o'Shanter rode (after a night's drinking in the pub) to escape witches who were pursuing him but they pulled off his horse's tail before he did so.

The Burns an' a' That festival is held in May each year. A day out at the Ayr Races (horse racing) can be profitable and enhance your holiday budget (if successful) - the Scottish Grand National and the Scottish Derby are held here. As the area around Ayr is flat, it is conducive to gentle cycling. There is a Butlins at the Heads of Ayr which has a great indoor water park and other family activities.

The Isle of Arran

On the Isle of Arran keen walkers climb the 874 metre Goatfell which takes about 8 hours return trip from Brodick. One of the alternative routes to Goatfell starts at the picturesque village of Corrie, 6 miles north of Brodick (keep an eye out for the seals as you travel along Brodick Bay).

Both Corrie and Whiting Bay (4 miles south of Lamlash) are good bases from which you can take a variety of walks - for example, to the Glenashdale Falls near Whiting Bay.

There are many cycle routes and energetic cyclists take the circular route round the island. Bikes can be rented from many towns/villages on the island. Of the seven golf courses on Arran, three are 18 hole and one is a 12 hole course. There are also many sandy beaches all around the island that just beg to be explored.

Ailsa Craig is a rocky island off the southern coast of the region and there are boat trips around the rock to view the gannet colony nesting on the cliff face.