Exploring the 'Home of Golf'

The unique and historic town of St Andrews has always been a favourite holiday destination for families with lovely beaches, parks and lots to do. It is world renowned for its golf too, with many wonderful courses in a limited area and, of course, the hallowed turf of the Royal & Ancient Golf Club itself. 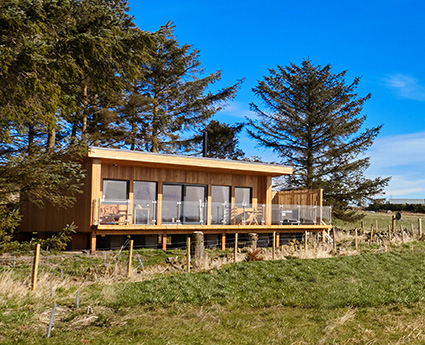 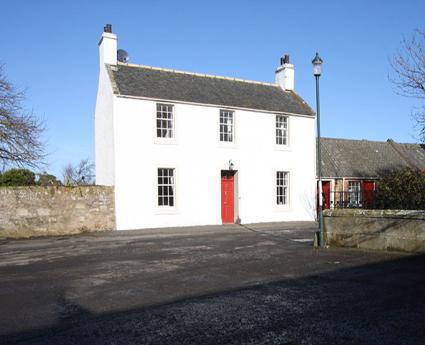 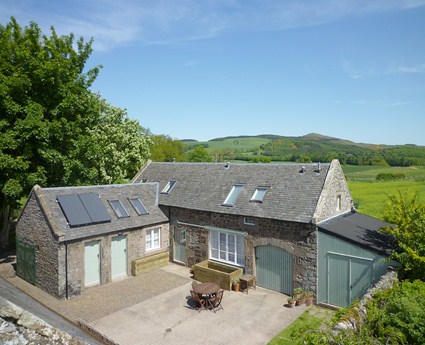 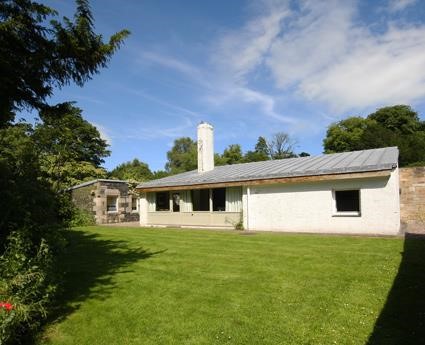 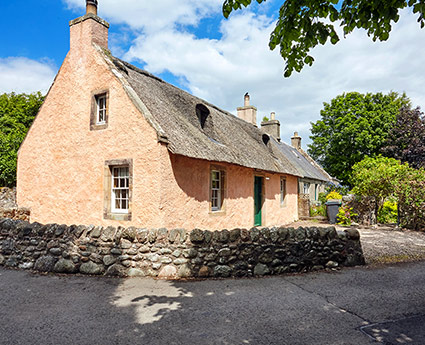 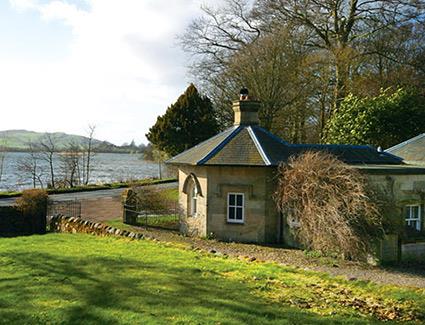 St Andrews is a most attractive town with old houses, wynds and the beautiful old university colleges with their quads and gardens which dominate the centre. Prince William studied at St Andrews University, the oldest university in Scotland, founded in 1410.

After spending the day at one of St Andrews' magnificent beaches, wandering through the town exploring the interesting shops and taking a tour of the university colleges, you will have a good excuse to sample the delights of the charismatic coffee shops, pubs and restaurants.

St Andrews was founded in the 4th century by St Regulus who brought the bones of St Andrews from Greece and built a shrine for them, the site of the present cathedral, which became a place of pilgrimage. St Andrews soon developed into the religious capital of Scotland - hence St Andrews being the patron saint of Scotland. 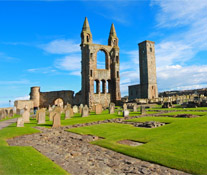 St Andrews Cathedral was built in the 12th century, the largest in Britain at the time, but was demolished by John Knox's supporters during the Reformation in the 16th century. However, the ruins are worth exploring and have a magnificent location overlooking the sea and harbour.

Kids will love exploring the 'bottle' dungeon and siege tunnels of the 13th century St Andrews Castle whose ruins stand on a high rocky cliff surrounded by sea on three sides with a moat on the mainland side. There are also ruins of two abbeys on the north coast of Fife: Balmerino Abbey west of Newport and Lindores Abbey at Newburgh.

St Andrews is best known for its internationally famous Royal and Ancient Golf Club, founded in the 18th century. You need to book months in advance to play at the Royal and Ancient (or by ballot on the previous day) but there are five other public golf courses within St Andrews - for information, go to the St Andrews Links Trust at the Old Course. For golf enthusiasts, a visit to the British Golf Museum will be a memorable part of the holiday. 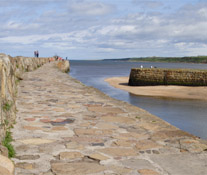 There are many walks within the town and further afield, including stretches of the 80 mile Fife Coastal Path from the Forth Bridge to the Tay Bridge and a 15 mile walk from St Andrews to Crail. Other places to visit include the Botanic Gardens and the St Andrews Aquarium.

There are two sandy beaches at St Andrews, the East Sands being smaller but more central, and West Sands which stretches for 2 miles to the north, with lots of sand dunes, parking and ice-cream vans. On the furthest north-east headland of Fife, near Leuchars, is the Tentsmuir Forest, a nature reserve with lots of walks, cycle routes, a quiet sandy beach and barbecue area. The Tay road and rail bridges lie a few miles to the west.