Back to Kincardineshire
Book Your Holiday
Filter Results
New Search
Click continue to leave 'Stonehaven & The Mearns' and start a new search.
Continue

Stonehaven was the county town of the ancient county of Kincardineshire, also known as the Mearns, bounded by Aberdeenshire to the north and Angus to the south. There has been a settlement here since prehistoric times and it is now a pleasant seaside town, something of a dormitory for Aberdeen.

Stonehaven & the Mearns Self Catering Cottages 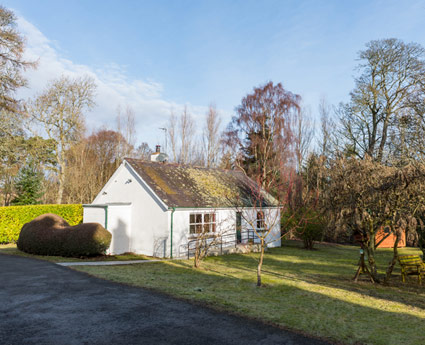 Plenty to See and Do

Stonehaven is notable for the dramatic Stonehaven Fireball Festival held at Hogmanay, when participants parade through the town swinging flaming wire cages round their heads. The purpose is to ward off evil spirits.

A 15 minute walk south of Stonehaven takes you to the ruins of the 9th century Dunnottar Castle situated in a dramatic setting on the cliffs - it was used as the location for Franco Zeffirelli's Hamlet, starring Mel Gibson. 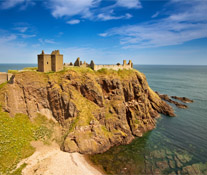 South of the castle are some quaint villages, such as Catterline, Kinneff (where the Crown jewels were hidden from Cromwell's army in 1651) and Arbuthnott (home of the early 20th century author, Lewis Grassic Gibbon, whose classic, Sunset Song, which was set in the area, was voted Scotland's favourite book at the Edinburgh International Book Festival in 2005).

The Mearns is an area of gentle, rather than rugged, beauty, with hills, woodlands and what are known in the local dialect as 'parks', rolling, tree dotted pastures. It provides opportunities for many wonderful walks. Intrepid walkers could attempt to trace the Causey Mounth, the old 12th century drove road between Stonehaven and Aberdeen, along which are several megalithic, prehistoric monuments, such as the Bourtreebush Stone Circle.

Apart from stunning Dunnotter, the area is also dotted with other castles, some ruined, some still inhabited, such as Muchalls, Fetteresso and Cowie. The vantage point on the Cairn o'Mount road affords magnificent views of the surrounding countryside. To the south, the little coastal village of St Cyrus has a nature reserve and a splendid sandy beach.