As far north as you can go in Scotland without dropping off the end, the landscape of Caithness has a wild, elemental beauty, fringed by spectacular cliff shorelines and sandy beaches. Fertile croft land alternates with moorland and in the centre is the evocatively named Flow Country, the largest wetland expanse of its kind in Europe. 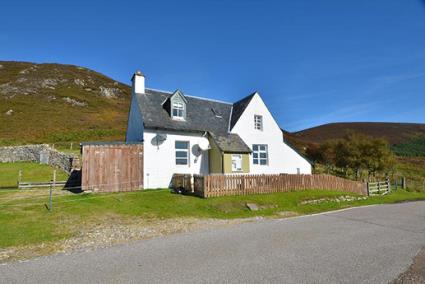 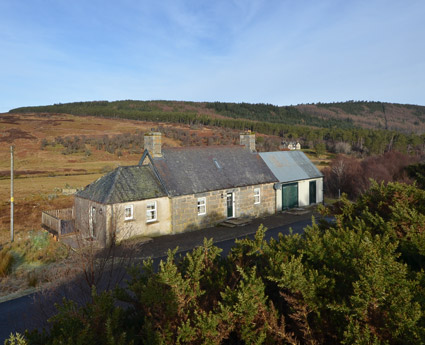 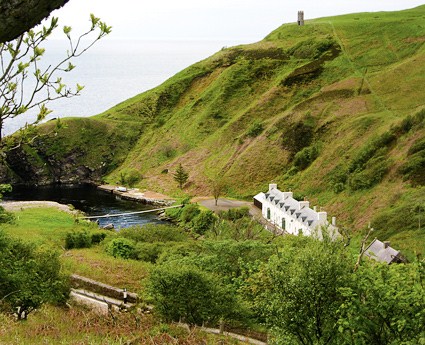 The north coast, consisting of rugged cliffs and magnificent sandy beaches, is battered by the waves from the Atlantic Ocean and Pentland Firth and is internationally acclaimed as a challenging surfing venue. The inland area features low-lying grasslands smattered with lochs, rivers and hills reaching 200 metres - popular for fishing and shooting. It is a sparsely populated area, mainly restricted to the small villages along the route of the A837 with Thurso being the main town in the area. 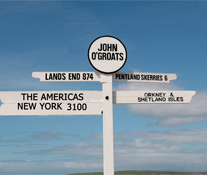 The area is famous for its bird life and sea life in the surrounding waters, where you may see dolphins, seals and even whales.

John o'Groats is famous for being the starting point for sponsored walks and cycle runs to Land's End at the south western tip of England but has little appeal for visitors other than its views to Orkney and boat trips to view the bird colonies and seals. 2 miles to the east is Duncansby Head with dramatic cliffs where many seabirds nest, craggy inlets and the 60 metre high rock Muckle Stack.

About 8 miles to the west is Castle Mey, the former home of the late Queen Mother, open to the public and with an interesting walled garden. Dunnet Head, about 7 miles to the north west, is the most northerly point of Scotland and Dunnet Bay a couple of miles south, has an amazing long sandy beach (a popular surfing venue) with dunes and nature trails into the forest. 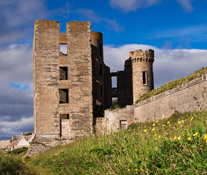 Thurso is Scotland's most northerly town, where the A9 from the south meets the A836 which runs along the north coast. Attractions in the town include the Thurso Heritage Museum and the ruins of the 13th century Old St Peter's Church but the area has excellent surfing beaches. Scrabster, a mile to the west, is the ferry terminal for Orkney. Dounreay Nuclear Power Station Visitor Centre is 10 miles west of Thurso.

17 miles south Wick, which was originally a Viking settlement, has a fascinating Heritage Centre which focuses on the local fishing industry and an interesting photographic collection. There are two castles on the cliffs near Wick: the ruins of the 12th century Old Wick Castle to the south and Castle Sinclair to the north.

The 80 miles of mostly single tracked road from Thurso to Tongue travels through some stunning coastland scenery and sandy beaches, for example Melvich, Bettyhill (part of which is the Invernaver Nature Reserve) and Coldbackie. At Forsinard, 15 miles south of Melvich on the A897, there is a RSPB visitor centre and a Peatland Centre. Tongue has a magnificent setting overlooking the Kyle of Tongue with the mountains to the south and is dominated by the ruins of the 14th century Castle Varrich. About 10 miles to the west is Loch Eriboll, a  stunning, deep sea loch surrounded by 800 metre-high mountains and minke whales, porpoises and seals can often be seen in the loch.