Back to Argyll
Book Your Holiday
Filter Results
New Search
Click continue to leave 'Mull of Kintyre' and start a new search.
Continue

Kintyre is the longest peninsula on the west coast of Scotland, characterised by a very scenic coastline and sandy beaches and the Mull of Kintyre sits right at its southernmost point.

Mull of Kintyre Self Catering Cottages 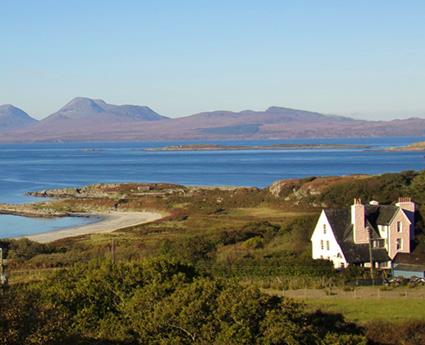 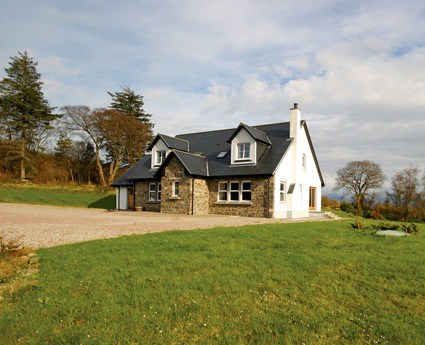 The Rest of the Peninsula

The A83 south of Lochgilphead leads to the fishing village of Tarbert on the isthmus at the northern tip of Kintyre famous for the 5 day Scottish Series yacht races in May, the Seafood Festival in July and the Music Festival in September. The ruins of the 14th century Tarbert Castle, built by Robert the Bruce, overlook the harbour. Travelling down the A83 on the exposed western shore of Kintyre, there are stunning views across to the islands of Gigha (with its Achamore Gardens), Islay and Jura. 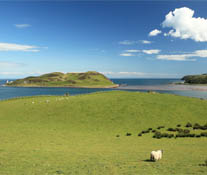 There is a championship golf course and fine sandy beaches (that are popular with surfers) at Machrihanish in south-west Kintyre. The relatively large town of Campbeltown clusters found its harbour on the eastern shore of southern Kintyre with a magnificent setting on a bay surrounded by hills with sheltered coves and rocky cliffs. Visitor attractions include malt whisky distilleries, the Lady Linda McCartney Memorial Gardens, Campbeltown Heritage Centre and Davaar Island (accessible only at low tide), where there is a 19th century cave painting of the crucifixion. The Mull of Kintyre Music and Arts Festival is held in August.

At the tip of Kintyre are the sandy beaches at Southend, where St Columba arrived on his way to Iona, and St Ninian's Church on Sanda Island. Ireland, only 12 miles away, can be viewed from southern Kintyre on a clear day. 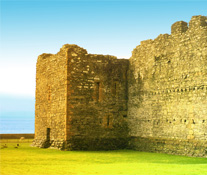 From Campbeltown, the B842 travels up the more sheltered east coast of Kintyre, with fabulous views over to Arran, and reaches the quaint fishing of Carradale that is clustered around its harbour on its eastern side. Here there is a heritage centre, a tannery which produces a range of sheepskin products and the 12th century Saddell Abbey. Twelve miles north are the extensive ruins of the 13th century Skipness Castle.

The sheltered east coast of Kintyre, has fabulous views over to Arran. Places of interest include the heritage centre, the tannery which produces a range of sheepskin products and the 12th century Saddell Abbey in the quaint fishing village of Carradale and the extensive ruins of the 13th century Skipness Castle near the village of Skipness.

From the western shore of the peninsula there are stunning views across to the islands of Gigha, Islay and Jura.